The eyes have it

The eyes are windows to the world—but what does the world see when it looks back? We all want our peepers to look their perkiest, but as we age, that isn’t always the case. Extra fat appears around the eyelids, muscles under the eyes weaken, and the skin around the lids stretches. The result? Eyelids that bag, droop, and crease.

“When you have extra skin on the upper eyelids, and puffy lower lids, it hides the eyes and makes them look smaller,” says Beverly Hills plastic surgeon Andre Aboolian, M.D..

Sometimes lower lids droop so badly that the white area below the iris is visible. The worst part: These maladies make you look older and tired. And forget makeup: Excess skin makes it hard to apply shadow and liner.

The passage of time isn’t the only culprit to blame. Some women are born with naturally saggy lower lids, and have been the butt of cruel remarks as a result. “I have one patient in her forties who was made fun of in high school,” says Chester, New Jersey, plastic surgeon, Larry Weinstein, M.D., a member of the media relations committee for the American Society for Aesthetic Plastic Surgery.

“People would ask, ‘Do you have your bags packed? Are you going some place?’”

It’s no wonder that an estimated 206,509 eyelid surgeries, or blepharoplasties, were performed in 2014, making the procedure the fourth most popular cosmetic procedure in the United States, according to the American Society of Plastic Surgeons.

Whatever your reason for undergoing a blepharoplasty, it’s a safe bet you’ll be happy you had it, according to research presented in 2009 at the annual meeting of the American Academy of Otolaryngology-Head and Neck Foundation. Researchers surveyed 26 patients who had the surgery on both their upper and lower eyelids and found the procedure had improved quality of life in most cases. But while that’s not an incredibly elaborate cross-section of surgical examples, Dr. Weinstein has seen quite a bit of solid evidence in his own practice. The surgery “brings a twinkle back to a woman’s eyes,” he says. “There’s nothing more gratifying to me.” Thinking blepharoplasty is right for you? Here’s what you need to know about eyelid surgery before you even set foot in the surgeon’s office.

? Upper eyelid surgery “cleans up extra skin around the eyes,” explains Dr. Aboolian, by removing excess fat protruding from the lower lid (the cause of those unattractive bags), as well as excess skin. The result: “Your eyes become more visible,” says Dr. Aboolian. You’ll also look well-rested and, by extension, even a bit younger, too. But be warned: Eye surgery is not a miracle cure for miles logged. What eyelid surgery won’t accomplish? “It will never give you the look you had in your twenties,” says Dr. Aboolian. Nor will it erase every wrinkle around your eyes. 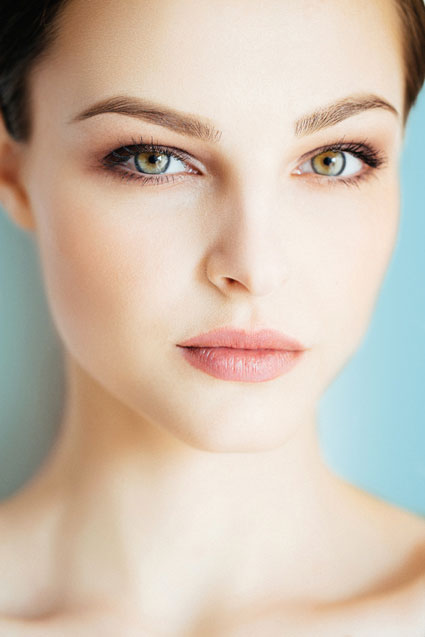 ? Whether someone is a candidate for upper eyelid surgery, lower eyelid surgery, or both varies from patient to patient. “The older you are, the more likely you will need, or want, both done,” advises Dr. Aboolian.

Upper and lower eyelid blepharoplasty each take about an hour. During upper eyelid blepharoplasty, the surgeon makes an incision along the eyelid crease. How long it takes depends upon the amount of skin that needs to be snipped off, explains Dr. Aboolian. To remove fat bags from the lower lids, the surgeon makes a tiny incision inside the inner lid. If both excess skin and fat need to be removed, the incision is made under the lower lid lashes.

During blepharoplasty, the surgical site is numbed and typically you’re given intravenous sedation so that you’re sleepy and feel no discomfort, but remain responsive— so-called conscious sedation. “Surgery on the eyelids is a very sensitive, delicate procedure,” says Dr. Weinstein. “I want patients to be able to open and close their eyes during the procedure so I can make sure the exact amount of skin is removed.”

For those of you who are not quite ready for a blepharoplasty but notice “crepiness” under your eyes, laser treatment is a suitable option. Fractional laser resurfacing treatments are appropriate for the treatment of wrinkles and fine lines around the eyes. Fractional resurfacing removes microscopic columns of tissue in a stamp pattern, which leaves the surrounding skin intact. This allows for the skin to heal and form new collagen, which produces a tightening effect without scarring. The procedure is performed under local anesthesia and takes about 10 minutes.

Laser treatment may also be used on people who have had traditional blepharoplasty, but still might require extra tightening, says Dr. Aboolian.

? As with any surgery, there are risks associated with anesthesia, bleeding, and infection, though these aren’t common. One rare complication is drooping of the upper eyelid, which can occur if the muscle that operates it is damaged during surgery. If this doesn’t resolve over time, another surgery may be necessary to repair the muscle.

If you are prone to dry eye, the condition could become noticably worse after the surgery. Most times this is temporary and may require special prescribed drops to alleviate the dryness.

Another risk is ectropion–retraction of the eyelids due to swelling or the removal of too much skin, which can make it difficult to close your eyes. You can lessen swelling-related retraction by doing eye exercises such as squinting, says Dr. Weinstein. If skin removal is the cause, you may need skingraft surgery to resolve or minimize it. “The goal is not to remove too much skin,” cautions Dr. Aboolian. “You can remove more skin, but putting it back is difficult.”

The risks of laser tightening include scarring and loss of skin pigmentation or skin darkening. This can be managed using topical skin-care products and laser treatment if needed.

? If you have a desk job and have the surgery on Friday, you can be back at work on Monday. But while you’re not physically limited after the surgery, you are limited by your appearance, explains Dr. Aboolian. Expect bruising and swelling around the eyes. Visible sutures stay in for five or six days, and may be covered by steri strips to keep the incision from opening. But while none of these things will prevent you from going about your daily life, you may well be self-conscious and should allot for that extra time in your schedule. “Some people don’t like being seen looking like that,” says Dr. Aboolian.

Typically bruises fade within a few weeks. Swelling eases in about six weeks, though it may take up to three months to disappear. Keeping your head elevated while you sleep and applying cold compresses to eyes helps reduce bruising and swelling. Some people may have trouble closing their eyes for up to two weeks, or experience temporary dry eye, which can be treated with over-thecounter saline eye drops during the day and ointment at night.

You may also experience temporary light sensitivity. Dr. Weinstein recommends wearing sunglasses for seven to 10 days when you go outside. He also advises that you limit eye strain from television, tablets, and books by listening to audio books and news.

Also, steer clear of contact lenses for three to six weeks and don’t use creams or eye makeup for at least two weeks post-op. And check with your surgeon for specific recommendations.

Recovery from laser surgery is “pretty easy,” says Dr. Aboolian. Skin around the eyes will be red so you may want to wear sunglasses in public. You also have to be vigilant about moisturizing the treated area while you heal, which takes about two to three weeks.

Once you’ve healed, you can expect the results of blepharoplasty to last “a good five to 10 years,” says Dr. Weinstein. The results of laser surgery should last about five to eight years, adds Dr. Aboolian.

? The average cost of a blepharoplasty is $2,874, according to the American Society of Plastic Surgeons. However, that doesn’t include the cost of anesthesia, operating room fees, or other related expenses. Laser surgery runs on average $500, says Dr. Aboolian. Depending upon where you live, the price tag for these procedures could be higher or lower.

Make sure your plastic surgeon is certified by the American Board of Plastic Surgery and that the procedure will be done in an accredited facility. You should also ask the surgeon about what you should expect before, during, and after the procedure, and about possible risks or complications. Dr. Aboolian recommends discussing the benefits of removing less eyelid skin rather than more, and what will be involved if you eventually need more skin removed. Finally, examine at least 15 of the surgeon’s before and after photos, says Dr. Aboolian. There should be at least three views per patient: front view, quarter view, and profile. “When you look at a photo, ask yourself: ‘Does this look natural?’” he advises. “If you like what you see, then you are in the right place.”

Choosing The Right Facial Cleanser For You