The 5 Myths about Fashion Modeling

The New York Fashion Week is approaching with all its glamour being led by the most alluring women yet! With the fashion industry slowly glazing right behind their models showcasing the new funk they bring to the table, it leads many people to speculate about the industry and how its works for their fondly favorite dreamy models. So lets debunk the industry and take a stab at each of these myths found on the Washington Post.

1. Models make a lot of money

According to the census data made in 2012, the median yearly wage for models in the United States is a mere $18,750! It seems in the industry many new up-and-coming models go to great lengths to get them selves out there. In an effort to sprinkle some publicity on their name they spend money on travel and accommodations with no guarantee they will even be required for their job or be included to walk in any shows they planned for! But even if they do get that coveted role they longed for, it  may only pay 250$ to 1,000$, not nearly enough to cover expenses. But there are those who are lavishing in the mounds of money they made and for that reason they are called super models, or even more superior, uber-models.

Honestly, yes some models are glorified clothes hangers. However, there are models that put their soul into their work and actually show case their spirit through their candid cat walking. They are not all gifted equally or skilled in all degrees but they are the reason the fashion industry makes clothes. Without them, their designers wouldn’t have a way to tell their stories through fabric without their much needed models. They are the catalyst that binds the industry, if one honed and nurtured their skills like some have in their generation. 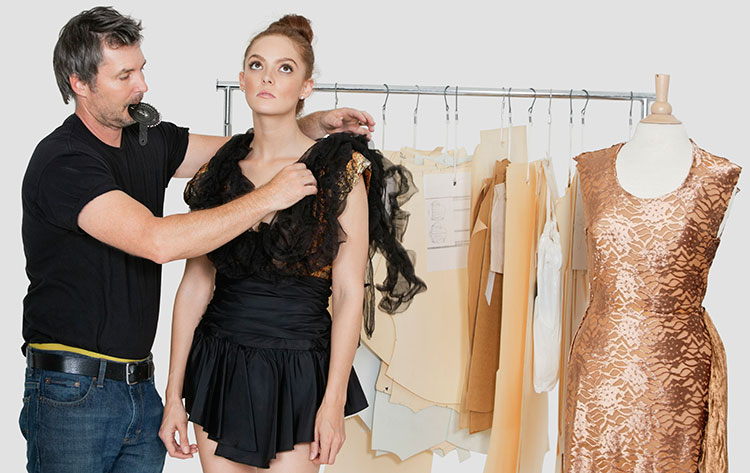 3. Models are catty with one another

Even if it may seem models are stuck up and ready to pounce on their rivals if given the chance, they actually will stick their neck of for each others career. Most of them start at the age of 14 to 15 years old, while indulging in the “exciting new job”, life comes and hands them a free gift basket full of maturity. As a result, they know how tough it is in the industry and come to other models aid when they have the opportunity. Most models actually collaborate on projects off the runway to go even further as to get each others foot in the right direction.

4.You get to keep the clothes you model.

When modeling on a hard days of work, you become tired and maybe a little dull.  You think to your self, coping with the situation, “At least I get to keep the wonderful designer clothes that my body looks so great in!” Wrong! Most models do not get to keep the clothes they poured their soul into, but why is that? Most likely its the fact the clothes their wearing have only been made an a few hours before their shoot and must be packed and shipped to international  buyers. Unless your a big-time model don’t even think of taking that wonderful scarf you got to wear on your last shoot.

While it may have been the case in the past, the industry have lifted up their morale and decided not to hire any models who have any signs of a eating disorder or even a small percentage of body mass! Its sad to see many cases where the industry causes women or men to develop anorexia or even more severe disorders. But at the end of the day, while some may have to watch their weight many models love and enjoy food as much as any normal human being. In fact some can even eat without any regards because of their body type, they’re just naturally skinny!

The Power Of A Smile