The Latest In Lipo

Recent advances have dramatically improved liposuction, making it easier and faster, more precise, and with a quicker recovery time.

No matter how much I worked out, and how closely I watched what I ate, my love handles just wouldn’t go away,” says Cynthia Broome, 39. “And even if I managed to lose weight, I still had bulges sticking over the back of my jeans.” Hundreds of thousands of women and men approached doctors with similar stories of stubborn fat in 2011, and the most popular solution for this spot reduction? More than 205,000 chose liposuction.

When Broome decided to do something about her love handles, she sought out cosmetic surgeon Edward Zimmerman, MD, of Las Vegas because she had heard so many people rave about him—and his results. “I did my research,” she says, “and when I discovered that liposuction is the only procedure he performs, I didn’t have to look any further.”

As with all cosmetic procedures, the initial consultation is key for optimal outcomes, as it’s imperative for the doctor and patient to be on the same page. This is the patient’s opportunity to communicate his or her goals, and for the doctor to explain how he or she can achieve them. Broome says, “My first hour at Dr. Zimmerman’s office was probably the best hour I’ve ever spent in a doctor’s office. All of my questions were answered, I didn’t feel rushed, and the answers were very honest.”

The Skinny on Lipo

By definition, liposuction involves the removal of unwanted fat with suction, taking it from specific areas where it persists. It is a technique for contouring, rather than weight reduction. “Liposuction absolutely improves the proportions, contours and symmetry of the body,” explains Dr. Zimmerman.

Although there are different approaches and different types of equipment, most liposuction performed today is “tumescent,” which means the area to be treated is infused with a solution that contains a mix of medications. The solution helps control bleeding, minimizes pain during and after the procedure, and makes liposuction easier for the doctor to perform. A cannula (a thin hollow tube that’s inserted under the skin) is used to introduce the solution to the area as well as suction out the fat, making it one of the most important pieces of the liposuction puzzle.

The advent of smaller cannulas has allowed physicians to use smaller incisions to achieve their patients’ body sculpting goals. Although most surgeons take steps to “hide” incisions, today they can be as small as three to five millimeters and essentially undetectable once healed; less than a decade ago they could have been close to an inch long.

Newer cannulas have advantages that go beyond smaller incisions. Early cannulas had sharp openings to hel surgeons cut through the fat before it was suctioned away, which had the side effect of traumatizing surrounding tissue—and causing swelling and pain. With today’s smaller, more advanced cannulas (which often rely on energies like ultrasound or lasers to melt fat before it is suctioned out), the damage to surrounding areas is so minimal that patients are often back to their normal activities within 24 to 48 hours.

Along with smaller incisions and less recovery time, anesthesia has changed as well. Just five or so years ago, liposuction was performed under general anesthesia. Today most doctors use minimal, conscious sedation, which avoids any problems with anesthesia and allows for patient feedback. “The main advantages are that it’s much safer, and it helps from an artistic view,” explains Zimmerman. “Everyone looks good lying down, but you can see asymmetries much better when we stand the patient up.”

According to Scottsdale, Arizona cosmetic surgeon Todd Malan, M.D., “Liposuction is not a weight loss technique. It is truly designed for a person whose goal is contouring.” The ideal patient has isolated, defined pockets of fat with a fairly minimal amount of fat in the surrounding areas. “Although there are doctors who will perform weight-loss liposuction for patients with a global distribution of fat, this can be extremely dangerous and lead to problems with irregular contours and loose skin later on,” he explains. 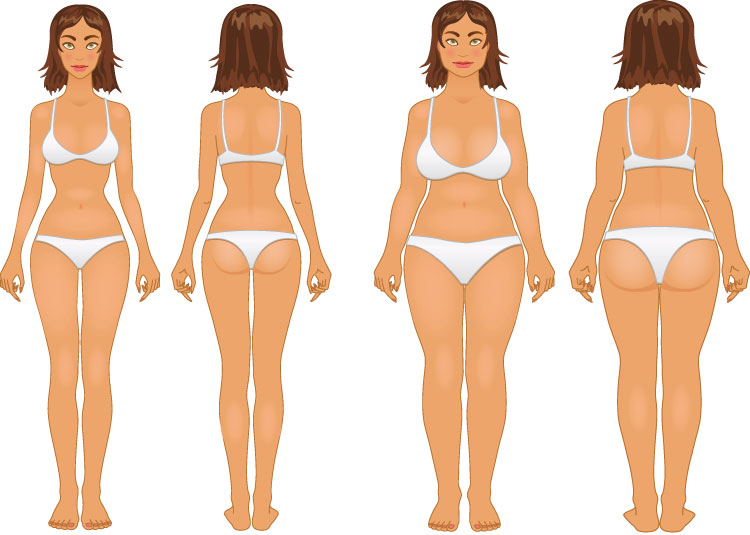 Technological advances are often accompanied by marketing, and a few liposuction variations have become part of the lexicon. Whether these are names you know or not (yet), it’s important to understand the differences—especially when considering liposuction.

“It’s pretty remarkable how liposuction was unchanged for 20 years. In the past five or six years, we’re perfected it. The old understanding that liposuction was an aggressive procedure no longer holds true,” says Dr. Malan. Today, liposuction delivers dramatic results with nearly invisible scars, an easier recovery and minimal downtime.

Broome certainly agrees. “I was slightly swollen after the procedure, but I was able to see the difference immediately. After a week I was back to myself, and even attended a party at the Playboy Mansion—and people told me I looked so tiny! Every time I look in the mirror, I’m so happy I did it.”

Kat Graham is the New Face of Caress

What Your Nails Are Telling You