Tighten Up That Sagging Neck!

In the past, if you wanted to tighten up a saggy neck, surgery was the only option. Today there are several alternatives for a minimally invasive neck lift, including the latest: ePrime.

Like many women in their fifties—including Nora Ephron, who wrote a best-selling book about it—Robin hated her neck. “It was saggy and wrinkly, relative to everything else on my face, and the skin was loose, especially under my chin. It really bugged me,” she says. “I wanted a smoother, firmer neck and jawline, but I wasn’t ready for plastic surgery. I didn’t think I needed it yet.”

The 58-year-old turned to her longtime dermatologist, Dr. Macrene Alexiades-Armenakas, for help. “This is one of the most common consults I get,” says Dr. Alexiades-Armenakas, who practices in New York City and is the founder of the skin care research company NY Derm. “It’s an issue that really makes women feel and look much older, so it’s of the highest priority. Unfortunately, where injections like Botox and fillers work superbly in the upper face and around the eyes, they don’t really help the lower face and neck.” 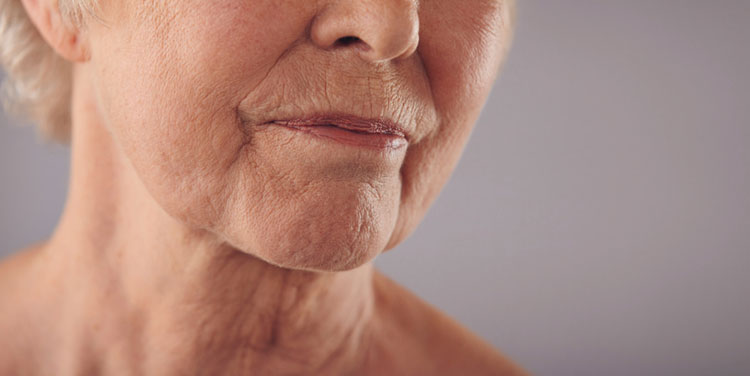 Popular non-surgical treatments for this area, such as Thermage and Ultherapy, use radiofrequency and ultrasound to produce heat energy in the skin, which triggers a “wound response” that increases production of collagen. Dr. Alexiades-Armenakas suggested Robin try a similar innovative procedure called ePrime, which the doctor has been performing since its first clinical trials in 2007. (The Syneron Candela device was approved by the FDA last year.) What makes it different is that instead of applying heat to the outer layer of skin, the ePrime device has five pairs of micro-needles that actually penetrate the skin to deliver heat deep into the dermis, or second layer, and contain it there.

“This is very different from treatments like Thermage and Ultherapy, which still fall in the realm of skin surface technologies,” says Dr. Alexiades-Armenakas. “The beam has to penetrate through the skin to reach its target. With ePrime, we’re going directly to the deep dermis.”

Dr. James Newman, a plastic surgeon practicing in San Mateo, Calif., who uses Ultherapy as well as ePrime, agrees. “We’re getting to a layer of the skin we haven’t reached before,” he says. “We’re seeing not only increased collagen, but also increased elastin and hyaluronic acid, the mortar that holds all of the individual components of the skin architecture together. It’s like the skin is producing its own natural filler.”

The result is a simultaneous tightening and plumping that brings back a more youthful contour to the jawline and reduces wrinkles and sagging on the neck and around the mouth, including the dreaded “waddle” and “marionette lines.”

“I saw a difference almost immediately, and then saw continued improvement over the next few months,” says Robin. “My jawline became more defined—it was just up more. And the loose skin under my chin—it really picked up. It used to drive me insane and it no longer drives me insane. It’s amazing.”

The procedure is relatively simple—it’s done in the doctor’s office and takes 45 minutes to an hour to complete. First, a topical anesthetic is applied to the skin, and then a local anesthetic is delivered via a series of small injections across the entire treatment area. This not only alleviates the pain of the procedure, but also eliminates bleeding and minimizes bruising.

Once the anesthetic has taken effect, the doctor uses a handheld ‘wand’ to penetrate one patch of skin at a time and administer several pulses of heat. The heat, which comes from radiofrequencies produced by the device, can be monitored and controlled as it’s being delivered, so ePrime is safe for all skin types. And there’s no sedative necessary, so patients are fine immediately afterwards and can even drive themselves home.

If you’re wondering how it feels to be on the receiving end of what seems like a glorified staple gun, patients report there is some discomfort, but it’s tolerable. “In the beginning it doesn’t bother you, but then it gets a little intense,” says Robin. “However, it’s nothing you can’t handle. In my mind it was like a four or five, not a ten.”

Patricia, 56, a nurse who also had the procedure done by Dr. Alexiades-Armenakas, had a similar experience: “Your face is numb, and all you feel is warmth. In a couple of spots, it was uncomfortable, but it was not unbearable. The best part was that after the procedure, I didn’t feel anything, not one iota of pain or discomfort.”

Recovery time depends on the individual, and has a lot to do with how diligent you are about applying ice and anti-inflammatory cream at home. Patients are typically back to normal in seven days, with most of the swelling and puffiness gone by day three or four. Essentially, it is a “weekend recovery.”

The results of ePrime, which take three to six months to fully develop, can last up to several years. Dr. Alexiades-Armenakas says the procedure can be repeated anytime after one year but that patients of hers who were treated in 2007 and 2008 opted to be treated again in 2011, three to fours years later. “Always a good sign that means they were happy,” she says.

Dr. Newman notes that the second time around, the tightening results were even better. The skin’s elasticity was improved and the skin quality actually appeared more youthful and supple.

But how do you know if ePrime is right for you? “Somebody who has significant laxity of the lower face and neck but who is really not ready for a surgical lift, for whatever reason, should pursue this,” says Dr. Alexiades-Armenakas. “Age is not a determinant. Some people get it early, though people in their fifties are the most common. My overall guidance is that if you see you have lines in the neck or looseness in the lower jaw, this is something you should look at. It brings you back a notch, brings you back a category of skin laxity. Studies have shown that you get one-third the effects of a surgical lift.”

“I’m anxious myself to see what it looks like in a few months,” says Patricia, who had the treatment done only six weeks before talking to us. “Am I going to look twenty-one? No, I don’t have expectations like that. But I want some improvement so I can squeak by for another few years, and I’m already beginning to see that.”

Quest For The Perfect Lips

The 3 Skincare Swaps You Need to Make This Spring