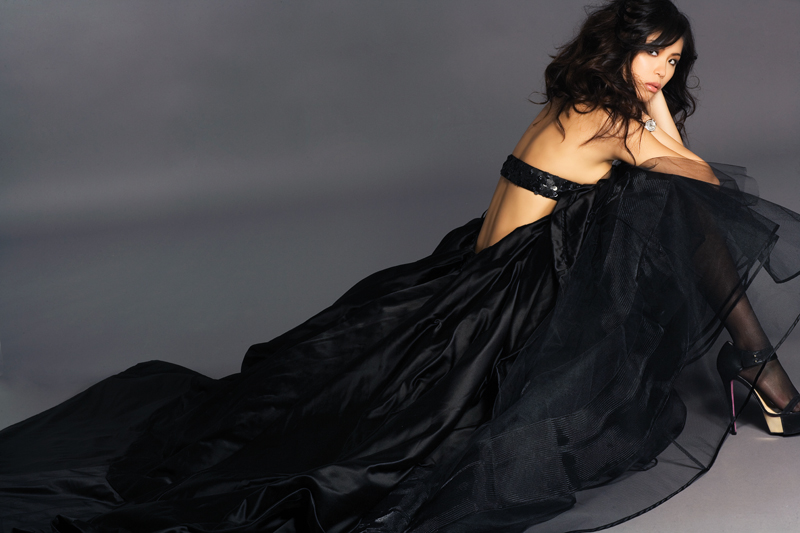 So much more than a beauty contest, the Miss Universe pageant is a spectacular showcase of intelligent, cultured, and—yes—gorgeous women who are poised to become the leaders of tomorrow.

We’ve all done it—strutted across our childhood bedrooms with lopsided crowns perched upon our heads, wearing shoes pilfered from our mother’s closet. In such moments, we were Miss Universe, with our flowing hair, sparkling jewels, and captivating smile. We have to wonder, at what point during the intervening years did we become so ferociously critical of pageant life? In all fairness, today’s Miss Universe Pageant is not the same competition as it was in years past. Perhaps our assumptions can be forgiven? The crown comes with a significant amount of responsibility that includes a year long contract of charitable appearances and meetings, a heavy travel schedule, and around-the-clock pressure to look and be fabulous at all times.

No pouting, no makeup-free days, and definitely no slouching. Why would you subject yourself to such intense scrutiny? According to Paula Shugart, president of Miss Universe Organization, the crown affords you an extraordinary platform to further your career, charitable goals, and personal growth. It’s a window into the world of deal making, as well. One former Miss Universe took the opportunity, in the midst of a photo op, to give a firm yet genuine plea to a senator to pass an influential AIDS bill.

For many of the competitors, the greatest by-products of the pageant are the chance to form lasting friendships and to garner support for humane causes. With healthy attitudes, compassionate hearts, and inner beauty to match their enviable exteriors, today’s Miss Universe contestants have a chance to make incredibly differences throughout our society. Here, we go behind the curtain at the offices of the Miss Universe Organization, where Shugart oversees the glamorous goings-on of this fairy tale world.

NEW YOU: Paula, how did you get involved with the Miss Universe Organization?

PAULA SHUGART: My background was in television production. I had built up an entire career doing live shows for the Academy Awards, the Grammys, and the American Music Awards. I was also one of the producers for the show Star Search, and saw a lot of fresh talent like Justin Timberlake and Christina Aguilera come up. In 1998, Miss Universe was brought to Hawaii, and I was asked by the government to represent their interest and maximize their potential. At the time, the Hawaii Tourism website was getting 35,000 hits a month, and on the night of the Miss Universe show, the entire website crashed after 5 million hits. I was in Hawaii for three months, and right after the show I was hired by the Miss Universe Organization.

NY: Did you ever think that pageants were going out of fashion?

PS: I did, particularly with the women on Star Search, many of who competed in pageants. I was jaded, but with the impact of those [web] hits, I started to realize there’s a whole lot more to this than I imagined. I was blown away by the title-holders, particularly Miss Trinidad, Wendy Fitzwilliam. She was so captivating, intelligent, and very sure of what she wanted. It was the start of HIV/AIDS awareness and Wendy went on to start her own foundation in Trinidad, to help people with the virus. I was just so impressed. She was the entire package.

NY: Do people fail to equate a beauty pageant winner with something as relevant as AIDS awareness?

PS: We talked about this last week. You would think being a Miss Universe or Miss USA is the most narcissistic thing, but I’ve found that it’s the exact opposite. They spend their entire year giving back. People don’t see what really goes on. If there’s not an event, someone will be volunteering at God’s Love We Deliver that morning. By the time the title-holder is done with her year, she will have discovered so many more possibilities. It’s always so interesting to watch her personal growth. People joke about pageants— and I probably did in my day—but then I saw it happen. You cannot have people from all around the world, many who have never left their home country, get together and think it will all just work out. I make it an assignment for them all to make sure they know somebody from another country.

NY: What are some of the most interesting friendships you have observed?

PS: One year, we couldn’t have Miss Israel and Miss Lebanon take photos together because the countries were at war and they had never met anyone else from the other country. They became best friends. One of them had a personal tragedy happen during the pageant, and the only person she sought solace and comfort from was her best friend who was from the other country. No one knew this, and to me this says a lot. These women are putting themselves out there, and even if they don’t win they become better people.

NY: How important is it for the contestants to be knowledgeable on current affairs?

PS: I demand it. I make them watch the news every night and they have to make sure they deal only with the facts. We had just started the Iraq war and our Miss Teen was here. We had a big map of the world, and by the end of the year she was the only one here in the office able to tell you the difference between a Sunni, a Sikh, and a Muslim. At the end of the year, she said, “Miss Paula, I wasn’t stupid, I was ignorant.” To see that personal growth at the end of the year was just so gratifying.

NY: Do find yourself staying in touch with the winners after the year?

PS: They are like my children. One year there was Melissa Young, who won Miss Congeniality. She was just a great spirit. Last year I was told that she had a mysterious illness and that she was trying to stay alive for her son. All of our former Miss USAs, who had become close friends with her, rallied around her and became her prayer warriors. I don’t think I have ever been more proud of the strength and graciousness Melissa has shown. My birthday was last week and, despite the worst news she was given that week, she sent me a birthday card and said, “I just want you to know how much you mean to me.” All the girls are wonderful, but Melissa probably had the most profound effect on me.

NY: How do you keep the pageant relevant?

PS: The number-one thing we have to do is embrace the times. We aren’t what were in the Fifties, but beauty is something we cannot deny. If you talk about Angelina Jolie, or all of these stars today, they’re celebrated because they are beautiful. I don’t think it’s something you should shun, but I also believe it’s not everything. We put on a wonderful production where we have the opportunity to show that these girls are not the perfect Pageant Pattys, but real women— women who care about absolute growth and are also comfortable in their own skin. People think we have a male audience, but our audience is women— the same women who love to tune into the red carpet at the Oscars.

NY: Would you say the crown is an opportunity for the winner’s career?

PS: Absolutely! Gabriela, our current Miss Universe, is dedicating her life to philanthropy after she gives up her crown, and we’ve been able to help her out. Her goal is to help young girls in Venezuela avoid teenage pregnancy and pursue an education. She is going to take the spotlight and use it. She’s so passionate and, just recently, she was publicly blessed by the Pope. I am convinced she will take the work she’s done throughout the year to another level.

NY: How did you handle the transgender issue that was happening in Canada? [A transgendered contestant for Miss Canada sparked a debate as to whether or not transgendered people are eligible to compete.]

PS: My first question was, “How does the Olympics handle it?” I found out that the Olympics had requirements for their first transgender athletes, and we now use that as a model. We have a long history of supporting equality for all women, and this was something we took very seriously.

NY: What are your goals for the organization?

PS: I’m happy about the opportunities for personal growth, though I’d love for the mainstream to change their priorities and create a better understanding. For example, in 2005, we had a Miss Universe from Canada who had been crowned in Thailand, and the Thai government in Toronto had invited her to a festival. She was returning from meeting Nelson Mandela and Desmond Tutu at an AIDS summit in South Africa when we were informed that she was banned from the festival on the basis of sexual stereotyping. Meanwhile, the city government would close streets and have a police escort for Paris Hilton. I have no problem with Paris Hilton, but why wouldn’t you do this for Miss Universe?

NY: What’s some advice you give the girls?

PS: I tell them to be fearless. Everybody wants to think about catfights, but that’s not really what happens at these pageants. I’m still amazed how women in the workplace work against themselves, because they think there’s only one spot for a woman there, as opposed to an even-playing field. All women can be promoted, and it’s up to us to make that change. I think our girls get that from competing in the pageant. If someone doesn’t have the right clothes, or it’s not a big pageant in her country, they will work together and support each other. Women are much stronger when they are knot put into one slot.