Tony Dovolani: Dance with Me

Everyone loves the light that emanates from Tony Dovolani of Dancing with the Stars. It’s the kind of light that originates in dark circumstances, and refuses to fade out.

DESERTED ROADS CRACKED UNDER PRESSURE AS THE CAR WEAVED THROUGH SHELL-shocked Serbian villages. It was 1989 and the Kosovo War was reaching a crescendo. In the backseat, Tony Dovolani clutched at his coat, his 15–year-old heart beating the staccato of a machine gun as his Kosovo-Albanian family pulled up to the Serbian-Italian border. Outside, the guard was busy examining a photograph in between bending forward to peruse the car’s occupants. “The guard recognized my dad and he kept looking in the back seat,” says Dovolani. “I think he just had a human moment to let us go, because he probably knew that we would die if he reported us.” Today, the exceptionally humble Dancing with the Stars dancer credits his adopted country for his fighting chance to stay safe and succeed in life. “When somebody hands you your life back from the brink of it being taken from you, you have to do something meaningful, otherwise it would have been a waste of a save,” he says.

Dovolani has had no time to squander his days. In the past 14 years he has mastered a new language, raised a family, snagged the world ballroom championship, and danced with the stars. Just recently he opened his own studio, Dance with Me USA, with best friends and DWTS partners Maksim “Maks” and Valentin “Val” Chmerkovskiy, bringing modern ballroom dancing to everyone. The partners also wanted to change the stigma of dance teachers, the one suggesting that instructors were people who didn’t succeed as performers. “Our studio brand is about family and belonging to something greater than anything you have experienced. Just because we are ‘of age’ it doesn’t mean we should stop having fun.” What is his kind of fun? Oh, choreographs Disney’s Christmas special, designs ballroom dancing shoes, and hosts a golf show. Yes, he loves golf, too!

IT ALL BEGAN THAT FATEFUL DAY IN Pristina, the capital of Kosovo, when Dovolani heard a commotion outside his classroom window. “They threw smoke bombs through the windows, so we went out and protested that we wanted freedom of speech and a republic. But they kept shooting bullets at us,” he recalls. When he returned home from school that day, his father, a political figure in the country and the only one with a diplomatic pass, was advised by the chief of police to leave the country within 24 hours. “We drove to my uncle’s house in neighboring Macedonia where we switched the car plates so that they wouldn’t recognize our car as we drove through enemy lines to the Italian border,” he recalls. From there, Dovolani, his father, his sister, and his brother traveled on tourist visas via Canada to Mexico. By the time they reached the actual border in Tijuana, Dovolani’s father used their remaining funds to get his family across the border while he used his diplomatic pass to cross and wait for them on the other side.

“To this day, this journey has carved me to be who I am, because I know I’m living on borrowed time,” says Dovolani. One of the hardest conversations he says he had was when his father told him to quit school after his first day in order to help the family earn a living. Seeing the despair wash over his son, his father sat him down and spoke of the importance of having his children safe and the opportunities that lay ahead in America. “That was the last time I ever felt sorry for myself,” says Dovolani. “My dad instilled in me values about making the right choices, how our life meant more than the average person because of what we went through and our need to protect it. So I picked myself up and went to work.”

At 15, that work translated into washing dishes 70 hours a week in a restaurant. Within two years, Dovolani graduated from dishes to waiter to managing the restaurant to learning how to be a cook. One day he saw one of the other cooks in the restaurant toss an invitation to a Fred Astaire dance studio in the trash. As a young boy, Dovolani used to watch classic MGM musicals with his father and recognized Astaire on the invitation. “I took it out of the trash can and asked the cook if he minded taking me to the studio as I did not have a car at the time.” Little did the cook realize that he had actually chartered Dovolani’s course: The minute he set foot in the studio he fell in love. “I had done ballet, jazz, and hip-hop dancing back in Kosovo, so when I came into the ballroom, it was like ‘bing,’ a light went on and I knew this was what I was supposed to do for the rest of my life.”

A Stairway to Heaven 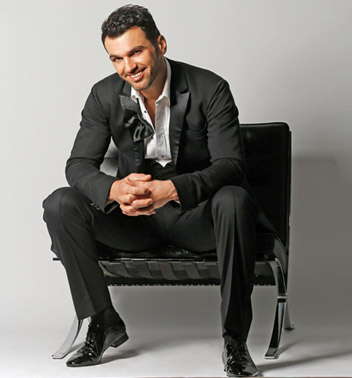 After a year of dancing for a few hours every night after work, Dovolani was recruited to work in the Fred Astaire studio in New York. His insane schedule translated into six hours in the morning at the restaurant, an hour drive to Manhattan, nine hours at the studio, then two additional hours extra to practice before driving back home after midnight to Connecticut, seven days a week. “I did this for three and half years until I was 21 when I opened up my first Fred Astaire studio in Mount Kisco, Westchester.”

It was a leap of faith, but he was fortunate to have been offered a franchise that was “quite reasonable” and credits his business mentor, Armando Martin, for guiding him along the way. “One of the first things Armando said to me was that he saw a younger version of himself in me, and that meant a lot because he was successful and I wanted to be like him.” From there, Dovolani began to compete in the ballroom dancing circuit, representing the United States many times as a titleholder; a highlight was the time he won the world title.

“Representing this country with pride is pretty awesome, especially since America saved our lives,” he says. “What better way to repay them than by giving them a title?”

His hard work was paying off and it was not long before the producers for the movie Shall We Dance? came knocking at his studio door with their star, Richard Gere, in tow. After watching from the sidelines, Gere asked Dovolani to teach him his dance moves. The experience turned out to be mutual admiration, as Dovolani learned from Gere to always prepare for everything, never take anything for granted, and always be kind to others. “I thought he was truly a remarkable gentleman.”

Between the dancing and the traveling, Dovolani had little time to think about finding a suitable partner in life. He was 25, on a mission to dance to the moon and the stars. His sister, however, thought otherwise and set about organizing a blind date with a friend from their Albanian community in New York. “I proposed to her four hours after our lunch date!” says Dovolani. The story of how he fell for his wife, Lina, is quite charming. “I was watching her as she crossed the street [to meet me] and she looked like she had just put a load of laundry in,” he recalls. “She had no makeup on, the sun was hitting her hair just right, she had a spaghetti strap top on… We had a fantastic conversation. When I was driving her home, all I kept thinking was, She’s the one, she’s the one. I dropped her off, bought a ring, and put it on her finger. I wanted to skip all the dating parts, remove any pressure, and show my true self.” Fourteen months later, they married and after winning the world championship, he and his young family moved west to Los Angeles to join the second season of DWTS.

Now, at the 10-year anniversary of DWTS, he finds himself the last remaining original cast member, grateful for his wife and three children and for still being in shape to leap and lunge to the beat of a grueling schedule. “I have also been extremely lucky to be paired up with a company that has saved my dance career,” says Dovolani. That company, Great HealthWorks, produces Omega XL, a natural omega-3 supplement. “It was a pivotal moment in my life because my body was hurting, my joints were hurting, and at one point I turned to my wife saying I was not sure I could handle the dancing anymore.”

With many successes accrued and his dancing career moving full steam ahead, Dovolani refuses to stop dreaming. “Every day, you should strive to be a better version of yourself,” he says. Another Dovolani trick: Live with no regrets. “I always say life is like driving—the rearview mirror is interesting, and you could glance at it but don’t stare at it. The windshield is far more exciting. Staring at the mirror, you’re going to get into an accident.” His father will agree. Nothing makes him more proud than watching his son move gracefully into the future.