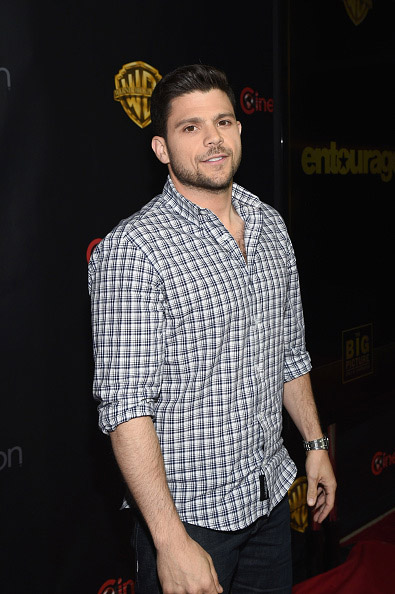 The Entourage movie’s Jerry Ferrara is living large—though he’s smaller than ever.

Any fan of HBO’s Entourage loves Jerry Ferrara’s character “Turtle.” Four years after the show’s finale, the Entourage boys are back with a big screen adaptation (out this June). Ferrara, who has recently appeared in Think Like a Man Too, and shot scenes with 50 Cent on the Starz series Power, is a trim fraction of his former size. All the while, back in Los Angeles, he co-owns the deli franchise Fat Sal’s, and hosts a popular podcast with his gorgeous girlfriend. Not bad for a boy from Brooklyn.

Fans of Entourage have been hoping this movie would happen. What can we expect?

The usual antics are in play—fast cars, beautiful women, big houses, indulgence… Those are our required bells and whistles. Because it’s a film, it’s bigger and wilder, from the opening shot of the movie—speedboats, a yacht, blue water, this giant, sweeping helicopter shot. [Show creator and producer] Doug Ellin had to figure out new ways to challenge the main character, Vince [played by Adrian Grenier]… and what happens to Vince happens to all the guys. There’s some incredible footage of a fake movie that Vince’s character makes— and real-life studios actually want to see that movie get made. It’s the perfect movie translation of the show.

One great thing about Entourage is the camaraderie between you and your co-stars [Grenier, Kevin Connolly, and Kevin Dillon]. How quickly did you resume the old rapport?

We’ve known each other for 11 years, and we’re connected for life. I talk to Kevin Connolly all the time. Put the four of us in a room together and we’re breaking each others’ balls right away. I’ll admit, it took me 30 minutes to reconnect with those instinctual things I hadn’t done in a while. By take two, it all clicked.

“Turtle” is iconic. Has playing him been a blessing or a curse?

Here’s the evolution of my feelings towards it. When I was cast at 23 years old, I was the happiest kid in the world. By two or three years in, it was so crazy and exciting—especially with people recognizing a character I created, screaming “Turtle” wherever I went. By season six or seven, I felt ready to have a different association. That said, I was never annoyed by it. I’ve remembered to be grateful. Since the show ended, I’ve had to fight the association, as an actor going for other roles. I may have come off as desperate or insecure at times. But I can look back and say, “I’m proud of that.” I’m not sure if I’ll ever get another role so great and fun. I’d do it all again.

You went from being heavier to being much thinner and in great shape. What drove that? 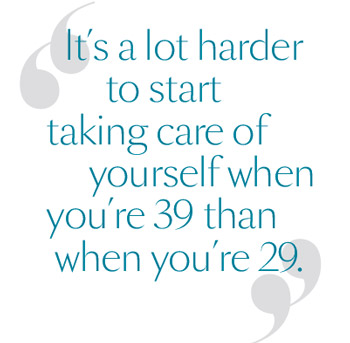 During season six, about three months shy of my 30th birthday, I had to take a physical. The doctor was really diligent in checking me out. I passed the exam, but I weighed about 200 pounds and I’m 5’7”. It’s hard to carry 200 pounds on that frame. He said, “Right now, you’re fine. But if you continue on this path, by 39 you might start having problems. It’s a lot harder to start taking care of yourself when you’re 39 than when you’re 29.” It might have been a scare tactic, but it was simply put, and I listened. A friend’s wife, who is a nutritionist, drew up a simple diet. I followed it for three days, then had a meltdown and almost gave up. I started again and then had a 20 day streak. Then I gave up again. I got another 20 days and this time it stuck. I was losing about 3 to 4 pounds a month, and kept it going for 10 months. That’s 30 to 40 pounds. What happened then was a whole lifestyle change. I devoted myself to working out, quit smoking, committed to an annual physical. It did great things for my career. I mean, I was cast as Gabrielle Union’s love interest [in Think Like a Man Too]. I had to prove to an audience I could actually get her! That was not going to happen before.

What’s at the core of your training regimen?

I play basketball one night a week, box one day a week, and do some weight training on my own. My girlfriend, Breanne [Racano] and I run errands on foot. I also insist on a recovery day to do nothing. I also believe in Epsom salts baths. I watched a season of Breaking Bad in an Epsom salt bath.

You mention Breanne, with whom you have a the podcast Bad 4 Business [b4bent.com]. What has that brought to your relationship?

I’ve always been a fan of talk radio— sports radio, and Howard Stern when I could sneak a bit of it. I would always call into the radio stations. I started listening to podcasts and thought they’d be perfect to explore. Bre is a communications grad from Cal State, Northridge. It’s a bit below her skillset, but she decided to help me start one. We do it from a studio in my house. We share about our lives, but won’t hash out anything important on air. We have guests like my friends from Entourage, my mom, my nephew, even a couple’s therapist [Sarah Michael Novia].

You have a big social media following. What’s your approach to interacting with fans?

It’s a responsibility for everybody, even if you’re not a celebrity. My brother has 250 people following him, which may not sound like much… but have you ever told 250 people something in person? Think about 250 people in a conference room. I keep that in mind before spouting off about a political or religious issue. People keep making these giant mistakes! I try never to be the guy who had to “delete the Tweet.” And hey, if someone wants to tell me I’m a shitty actor, they’re allowed. I just don’t like it when they get personal. I try to keep it allpositive. And if you don’t like what I say, the “unfollow” button is right there.

You also have a role on the 50 Cent-produced Starz series Power. How’s that?

I have a recurring role on Power and it’s great. I read the script and was willing to come back to New York in the dead of winter to film it. It puts out there, “Look, I’m not just the Entourage guy.”

Two friends of mine, Josh Stone and Sal Capek, came up with the idea—an Italian deli like we’d have in New York, just out in LA. We make it so you can put anything in the world on a sandwich. We opened in Westwood across from UCLA, and the students, particularly the fraternities, really took to it. Our second one is in Hollywood. It has hip-hop playing and is open until 4 a.m. We’ve opened in San Diego by the beach. And now we’re by the University of Texas at Austin. If that doesn’t work, given its perfect location, we should retire.