For the Love of Peter 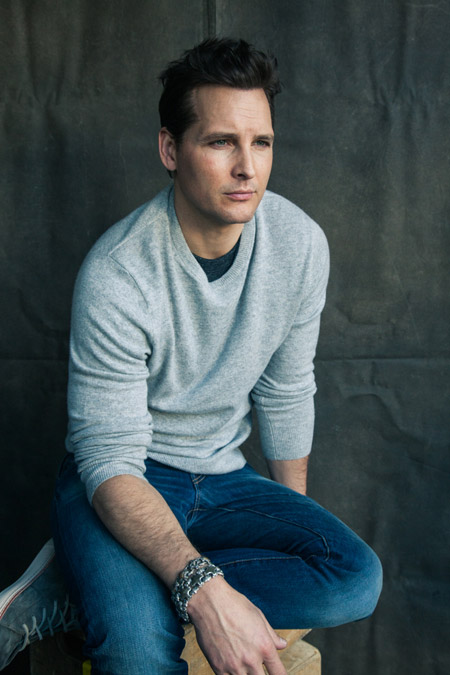 From Nurse Jackie and Twilight to indie flicks,  film production, and young adult fiction, we’re always in the mood for Peter Facinelli.  On NBC’s American Odyssey, we meet a whole new side of him

We love Peter Facinelli—as much for his portrayal of the hilarious medic Coop on Nurse Jackie as for his vampire with a heart, Dr. Carlisle Cullen, in the Twilight series. A Queens native and child of Italian immigrants, Facinelli, 41, is a doting dad (he has three kids with ex-wife, actress Jennie Garth), a passionate philanthropist, and—with Rob DeFranco—the co-creator of A7SLE Films.

Here, he gives a glimpse into his suspenseful new show and reveals his secrets to a satisfying, healthy life.

NEW YOU: What can fans expect from your new show, American Odyssey?

PETER FACINELLI: It’s a political thriller about three individuals who aren’t superheroes, doing heroic things. I play a lawyer who stumbles across a slush fund for a company, and through my inquiries I open a bit of a Pandora’s Box. It turns out that this U.S. company is funding Al Qaeda.

NY: Quite a contrast to Nurse Jackie!

PF: I’ve been doing Nurse Jackie for seven years, and it has been really rich. Of course my character, Coop, is very comical. Now, I’m ready to do something different. American Odyssey is really dramatic and intense.

NY: What did the Twilight series teach you about fame?

PF: I’m not one to buy into fame. It’s always exciting when a lot of people like something you’re doing, and you can only hope a project hits that “mass appeal.” I’m very appreciative of that. The main way it affects me is that it’s given me a platform to raise awareness for certain issues, and to give back. That’s the best side of it all.

PF: As an actor you come in, do your part, and move on; you really have no say in the outcome. Meanwhile, with producing, you get to decide what story you want to tell and get that made. I’ve been able to stop being the person who’s asking for a job, and rather to start giving jobs. So far, we’ve made three movies—two I wrote, one a documentary I acquired.

NY: You clearly keep in great shape. What’s your approach to health?

PF: For me, it’s about eating right and remaining fit through regular exercise. I tend to like to do more yoga because it’s peaceful, calming energy in the midst of a life that can be very chaotic. Running is good for me in that respect, too.

PF: I love to make mini-movies on my phone with them. We’ll play all the parts in these five-minute movies and edit them together. We always have a lot of fun together. My little one, she’s a ham.

The Insider Features New You Interview with Jenny McCarthy