American author Mark Twain said it best: ”Life would be infinitely happier if we could be born at the age of 80 and gradually approach 18.” Nothing could be more true in today’s pop culture. The explosion of social media and the evolution and influence of Hollywood’s red carpet has ushered in a huge spotlight on youth, longevity, and flawless appearance. Sixty is now the new 40 and watching Hollywood’s “in crowd” on a daily basis defying age makes you wonder how they do it, despite hectic appearance and filming schedules.

It’s easy to believe that these individuals are genetically blessed, or that this phenomenon can only be achieved with an entourage of nutritionists, trainers, and cosmetic surgeons. But, does this really make sense? After all, we work out, we have healthy diets, we have aesthetic enhancements, and yet we don’t seem to achieve these same age-defying results. So what’s “the secret” that accounts for the radiant complexions, incredible energy, youthful sensuality, and enviable physiques? Those “in the know” have discovered that the Fountain of Youth is not as elusive as once thought. It’s not located in an exotic place, nor does it come in a jar. Rather, it’s something that you have had all along—the regenerative power of your own stem cells. 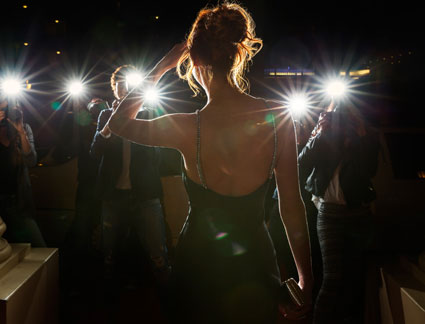 It began over half a century ago, when the rich and famous began frequenting a clinic nestled in Swiss Alps, to secretly “renew and revive” with fetal lamb cell injections. Beauty icons like Marlene Dietrich and Gloria Swanson, political leaders like Winston Churchill and Charles de Gaulle, and even the legendary Miles Davis all benefited from these early treatments. Today, our icons are taking advantage of the 21st-century version of cell therapy in the form of regenerative medicine.

Regenerative medicine is based on a new insight into what causes aging and decline. Science has uncovered the molecular changes that occur in our cells as we age. Over time and through environmental exposure we’re prone to imbalances such as inflammation and oxidative stress. These factors have detrimental effects on virtually every cell in our bodies and are the root causes of cognitive decline, heart disease, cancer, and arthritis as well as many other conditions we associate with aging.

Although celebrities and athletes may have led the charge in their quest for eternal youth, physicians and scientists around the globe have quickly caught up. Scientific research is being conducted worldwide focusing on cellular therapies to promote healthy aging, and to treat the diseases that occur with aging.

Stem cells are the natural healing cells that serve to regenerate repair and rebalance your body throughout life. They are also the material from which all of your tissues are made. They are remarkable in that they have the ability to “home” to the areas they are needed, respond to the environment, and help restore healthier tissue. Importantly, a certain portion of your stem cells, called mesenchymal stem cells, also work by helping to control the increased inflammation associated with aging. Regenerative medicine strives to use these natural cellular properties to promote health and optimal function.

Regenerative medicine holds great promise for all of us, not only for our celebrities and performance athletes. I’ve been involved in stem cell research for many years and it’s the most exciting and rewarding work that I have done in my career. Our therapies utilize adult stem cells from a variety of sources including bone marrow, adipose tissue, or cord blood. These cellular treatments are offered in an outpatient setting, have proven very safe, and take just a few hours. Our team of subspecialists and cell biologists have worked collaboratively to perfect our therapies and advance the science. Collectively we have trained hundreds of doctors in stem cell science. Every day in our clinic we see improvements in conditions such as COPD, diabetes, autoimmune disorders, cardiovascular disease, neurologic disorders, erectile dysfunction, and arthritis.

There is also the beautiful side to stem cells when they are used to rejuvenate areas of the body such as the face, hands, buttocks, or breasts. The stem cells improve contours as well as the texture, suppleness, and tone of skin. Stem cells can also improve laser results and be used to jump start hair growth during hair restoration.

However, more often now, patients are seeking stem cells simply to look and feel healthy and young. Patients report improved strength, energy, endurance, brain power, and sexuality. The mantra has become “healthy aging.” So it turns out that Hollywood was right to pursue cellular treatments all those years ago, and in doing so inspired the field of regenerative medicine, making it available for all of us.

The Healing of Scars