Matters of the Heart

Once considered a man’s malady, heart disease is the leading cause of death among U.S. women and responsible for one in three female fatalities each year. Let’s get serious about the causes and conditions.

It was mandatory just like any other in February for 52-year-old San Diego resident Deanne Hunnicutt. She balanced her books that morning, picked up her granddaughter, then headed to the post office. “As I was writing my account information, the numbers started to look really weird, but I just blew it off,” Hunnicutt recalls. “At the post office, I felt dizzy. I put down the baby and then sat on a bench. I don’t remember anything after that. The only reason I am here today is because some beautiful person performed CPR on me until the paramedics came. I am truly blessed.”Heart disease currently claims the lives of more women than all forms of cancer combined.

Despite these dramatic statistics, greater attention is consistently paid to the prevention of cancer—in every corner of the medical world—than to these crucial matters of the heart. Integrative cardiologist Dr. Stephen Sinatra of Manchester, Connecticut has observed a marked increase in the incidence of heart disease among women over the course of his decadeslong decadeslong career. During his residency in the 1970s, Dr. Sinatra made the observation that nine out of 10 heart patients were men. This led him to the much shared (and understandable) conclusion that men primarily suffered from heart disease, and were the ones chiefly at risk. Over the past four decades, however, women have joined men in high stress careers. At the same time, many of them have maintained the more traditionalroles—running a household, raising children, and tending to the needs of their ailing parents. “Women are supposed to feel like women, be like men, and work like dogs,” says Dr. Sinatra. “

These expectations have precipitated an increase in the incidence of women’s heart disease. There are now equal numbers of heart attacks among men and women every year.” According to Dr. Kiyon Chung, chief of cardiology at Scripps Mercy Hospital: “Many women are scared about breast cancer and receive annual mammograms. Heart disease kills five times more women than breast cancer in this country.” Dr. Chung has also observed women having heart attacks at an increasingly younger age, with a growing number of women developing heart disease under the age of 60. As a woman, Chung feels a particular investment in the improvement of treatment and preventative care for female cardiac patients. 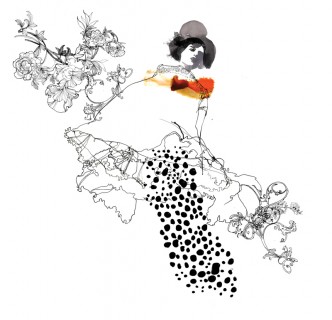 What puts women most at risk is the fact that women’s heart attack symptoms are different from and subtler than those of men. Since many physicians are unaware of these unique symptoms, many women go misdiagnosed. Men often experience erectile dysfunction as an early warning sign, whereas women do not have such an obvious parallel. Although the most common symptoms of heart attack for both men and women are intense pressure in the chest and pain down the left arm, women have a number of other symptoms that men don’t, which can be less obvious due to their smaller blood vessels.The initial symptom of heart disease for most women is angina: a dull, achy pain behind the breastbone and in the upper stomach which causes them to want to burp. These patients are often misdiagnosed with indigestion or heartburn.

If angina is not relieved and is allowed to persist, the lack of oxygenated-blood can cause heart cells to gradually die until heart attack becomes inevitable.Other symptoms unique to women include radiating pain in both arms, back, shoulders, neck, jaw, or teeth, even without having pain in the chest. These symptoms will often be misdiagnosed as any number of musculoskeletal issues. One common diagnosis is arthritis Typically, women may also experience dizziness, nausea, shortness of breath, sudden severe fatigue, and cold sweats. These symptoms are frequently misdiagnosed as a psychological or emotional disorder. Then again, it is often concluded that the patient is simply out of shape. Sometimes symptoms are so subtle that women do not seek cardiac care and they have a heart attack unexpectedly.

These symptoms may be present for weeks to months before building up to heart attack. The CDC reports that nearly two-thirds of women who have died suddenly from a heart attack experienced no prior symptoms, whatsoever. “These more subtle symptoms unique to women are the main focus of our education efforts,” says Dr. Chung. “When a woman is misdiagnosed, her risk of having a sudden and more severe heart attack is greatly increased since she isn’t receiving the preventative care that she needs.” Hunnicutt, 52, experienced this frustration of repeated misdiagnoses for her symptoms. She had pain in her upper gastrointestinal tract that radiated into her back, but the pain was never in her upper chest and left arm.

“I went to so many doctors, but since my symptoms were not the classic symptoms, every doctor told me that it wasn’t heart disease and that nothing was wrong,” she says. Millions of women have had similar experiences, and were not as lucky as Hunnicutt. This lack of awareness in the medical community has prompted a movement toward increased education about women and the reality of heart disease. The American Heart Association has launched a new campaign called “Go Red for Women” (goredforwomen.org) to educate physicians and the public about women’s unique heart disease symptoms, screenings, and prevention measures.

Both Sinatra and Chung agree that women, starting at age 35, need to start talking to their primary care physicians about heart disease prevention. Regular testing of blood pressure, blood sugar, cholesterol, and body mass index is required to assess if a referral to a cardiologist is needed. Even young, generally healthy women may have partially blocked arteries with little to no symptoms. Without follow-up preventative care, plaque may continue to build 10 percent per year and sudden heart attack can occur when the artery is approximately 90 percent blocked.

“A staggering fact is that 28 percent of women aged 45 to 65 already have some degree of diastolic dysfunction [the stiffness of the heart], which causes fatigue, shortness of breath, and leg heaviness,” says Dr. Sinatra. “Most women will diagnose themselves as simply being tired. But if they insist on getting an echocardiogram, they could get preventative care from that point on.” Another factor women must consider is the inevitable change in hormones they will face with menopause. “Menopause increases women’s risk of heart disease by 400 percent,” says Dr. Sinatra. “Since estrogen protects blood vessel lining from building plaque, menopause greatly increases the risk of vascular disease.”

Menopause also leads to changes in cholesterol. Keeping up to date with cholesterol screening is key. Additionally, since an increase in estrogen may cause blood clots in women over the age of 35, Sinatra advises discussing heart disease risk with a cardiologist before taking birth control pills orhormone replacement therapy. Both Sinatra and Chung agree that the best ways to avoid heart disease are healthy lifestyle choices—not smoking, exercising regularly, managing stress, and the adoption of a Mediterranean diet. (This diet is low in red meat, high in olive oil, nuts, beans, fish, fresh fruits, and vegetables—proven to decrease inflammation and oxidative stress.) Dr. Sinatra recommends eating 20 percent protein, 30 percent healthy fats, and 50 percent slow-burning, low-glycemic carbohydrates.

“Vitamin and mineral supplements are not substitutes for a proper diet,” says Sinatra. “But even the rare American who eats a balanced diet doesn’t get the nutrition needed to combat the toxins that bombard us.” Sinatra steers female patients clear of statin drugs that lower cholesterol because they behave differently in women than in men. These drugs may deplete CoQ10 stores and make women vulnerable to breast cancer.

Both of these cardiologists take a holistic approach when treating women with heart disease and focus on stress management and emotional wellness. Sinatra says, “Relieve stress and relax every day, engage in self-reflection about where you are going in life, maintain a positive attitude towards health and aging, remain active in body, mind, and spirit.” Hunnicutt, who had previously been a smoker, now follows these health guidelines. A year after her heart attack, she is enjoying life without limitations. “I feel fabulous,” she says. “I exercise regularly and watch my diet. Life is amazing and I don’t take things for granted. I am truly a blessed woman, with a scar down the middle of my chest to remind me that life is precious.”

Can Endometriosis Cause Heart Problems?

Do We Have To Worry About Radiation?

Filling in the years