Regardless of who you ask, the consensus that social media has affected our relationships is pretty much an absolute. High profile breakups aside, social media keeps us one step removed from the person we are “relating” to. Dictionary.com defines “relationship” as “an emotional or other connection between people.” Being able to reach out to our friends and loved ones using video, text or memes gives us that feeling of closeness, which can be a good thing. Connections made through these social platforms, are not only new, but are very often old, reacquainted connections. We’re now able to catch up with that college crush we haven’t spoken to since graduation. Now, whether that renewed friendship is genuine or even healthy is a source of debate.

When having an in-person, casual conversation about the happenings of the day with a friend, we have the advantage of being able to use tone, body language, inflection and eye contact. All these cues help us to more accurately, receive the message. When that same conversation is solely based on script, with a few “LOL’s” and “OMG’s” thrown in, we lose a  good portion of context. Now throw in, that this conversation is for everyone in your Friends list is able to chime in adds another set of booby traps. We end up not having a chit-chat with someone, but rather having a conference with everyone. 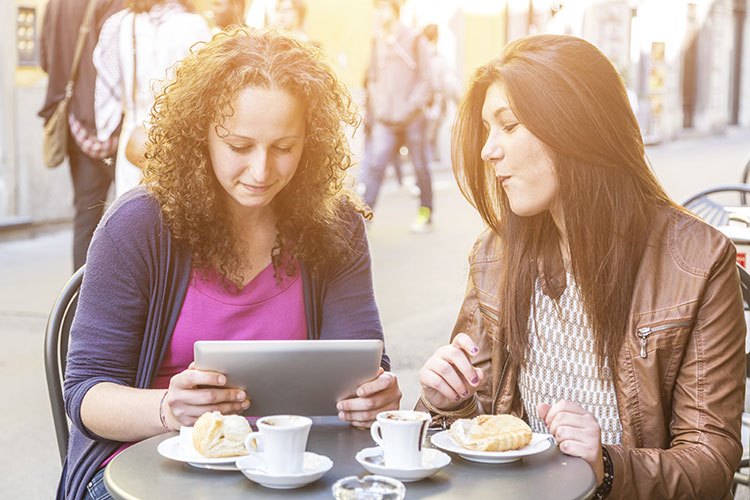 Even with more and more social media channels popping up like groundhogs, you still can’t get the same quality of interaction that you would get in person. You can Facebook, Twitter, Instagram, Snapchat, Google+, Vine and Tumblr all day, but you won’t get the satisfaction of a conversation over a bowl of popcorn, or a long telephone call where you don’t have to stop every 15 seconds to send or receive texts or tweets.

The lack of “face time”, and that doesn’t mean Skype time, experienced by the current generation has caused a sort of disconnect, a lack of empathy for others. The more it goes on, the harder it becomes for someone to bridge that brain – relationship gap. We want everything now: information, answers to our texts, everything.

And what about how you feel about your social networking feeds? You feel great when you get feedback and rotten when you get nothing. Even worse, what if someone else gets way more action than you on a similar post? You can’t imagine what you did to deserve such a punishment. Where were all of your “Friends” when you needed them? If you’re not careful, you may find yourself gauging your self-worth by the amount of “likes” and shares received. Navigating high school’s minefield of popularity and acceptance seems like a cakewalk compared to the fickle nature of social media.

Social media has some definite benefits. It gets you and your name out there when you are trying to promote a product, a book, or a person. It can be a good source of valuable information. And, it can be just plain fun. But for relationships, it’s thumbs down.

Tracy Morgan Spoke To God While In Coma

What’s the Peak Age for Friendship?