Are the age-old stereotypes about BLONDES, BRUNETTES & REDHEADS really true?

Did you hear about the blonde who shot an arrow into the air? She missed. Or how about this one: What do you call a brunette in a room full of blondes? Invisible. Ba-dum-bum. (Thank you! Be sure to tip your server! We’re here all week, folks.)

Those are clearly terrible jokes, we know. And yet they—like many stereotypes about beauty in general, and hair in particular—linger on in the collective consciousness long past their expiration dates. Few among us will disagree that blonde jokes are utterly ridiculous, although the notion that gentlemen prefer them has some basis in actual truth. A 2012 British study found that in a social setting—in this case, a bar in Central London—blonde women were approached “significantly” more than their brunette and redhead counterparts. Yet it’s also been widely reported that redheads have better love lives than both blondes and brunettes. Pretty confusing, right?

Another stubborn hair stereotype concerns the perception of curly hair versus straight hair, particularly in the African-American community. To wildly oversimplify: Natural or curly hair is seen as rebellious; straight or relaxed hair is seen as safe. It’s a highly political debate, one that’s of particular interest to the African-American hair-care industry—a whopping $9 billion dollar business, according to the 2009 Chris Rock documentary Good Hair.

As Oprah said, “Getting a new hairdo can change what we see and feel is possible.” She was right—if you don’t like the hair you were born with, you can always switch it up. Just don’t be surprised if it gets people talking. Join us as we try to untangle some of the most commonly held hair misconceptions. 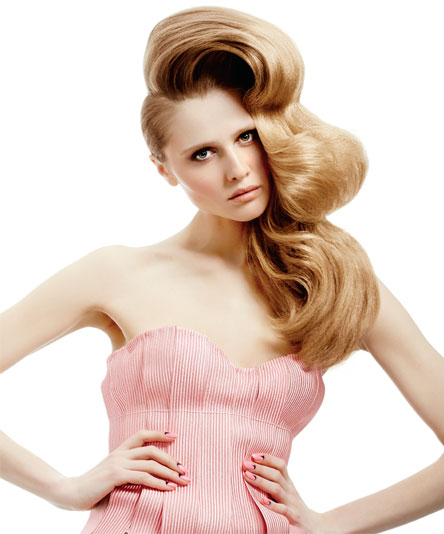 BLONDES REALLY DO HAVE MORE FUN

“If I’ve only one life, let me live it as a blonde,” was the tagline for a 1960s Lady Clairol campaign—insinuating that if you’re not a blonde, you couldn’t possibly know life’s high points. According to a 2008 Nottingham Trent University study, simply dying the hair made women feel “more confident, impulsive, sexually exciting, rebellious, creative, attractive, and able to deal with criticism.” The most popular color? Light and dark blonde.

This is no surprise to celebrity colorist Rita Hazan, who is known around the world for her mastery with blondes. Hazan, whose clients include Jennifer Lopez, Beyoncé, and Katy Perry, says that whether the client is famous or a civilian, when she wants to go blonde, it’s because she’s either looking for a major change—or a major change is taking place in her life.

“Maybe they’re getting married or divorced, they’ve broken up with their boyfriend, they got a new job, they’re turning 40—anything that’s a big event,” Hazan says. “They need to shift their energy somehow and feel better about themselves. They turn to hair color, and that stimu-lates them to change.”

A desire to feel better is a big reason why women make changes to their appearance. In terms of hair color, going blonde really can boost confidence. A 2012 L’Oréal survey found that nearly 40 percent of blondes felt “more glam-orous” and 23 percent felt “empowered” as a result of their hair color. (It also found that 86 percent of blondes read up to three books per month. Take that, blonde jokes!)

Hazan has seen many of her clients experience a marked surge in self-esteem, or “swagger,” as she calls it, after they’ve gone lighter. “When my clients walk in or walk out—whether they’re the everyday woman or a celebrity—they act differently,” she says. “Their shoulders are back and their head is held high. It’s not even all the hair color. It’s what they’re putting out there. It’s not easy for women to change their look, but I never want them to get stuck. When you look good on the outside, you feel good on the inside.”

Going back to Oprah for a moment: In September 2012, when she appeared on the cover of her own magazine with her natural hair, neither sleekly straightened nor blown out as we normally see her, people couldn’t stop talking about it. But as Oprah herself admitted in the issue’s “What I Know for Sure” column, she enjoyed wearing her hair naturally “on weekends and vacation.” Though doing so still required a fair amount of work.

For women with naturally textured tresses, this is hardly news. There are countless blogs devoted to the proper care and maintenance of curly hair. This never ending litany of dos and don’ts, along with the connotation of words such as “tame” and “control,” make it seem as though curls have a life of their own.

There are also a number of articles devoted to the question of whether curly hair is seen as professional. A post on career blog Thegrindstone.com asked, “Can Having Curly Hair Hurt Your Career?” Consensus: inconclusive. Even The New York Times raised the issue in a 2011 story titled “In Defense of Curly Hair.” (That curly hair is something to be defended in the pages of the Grey Lady is newsworthy in itself.) Their take? Conflicted. Sure, there are plenty of accomplished women with big, beautiful curls, they wrote, but have you ever seen a successful news-caster with a head full of corkscrews? (Short answer: No.)

The question of whether to go straight or keep hair natural, meaning not chemically processed, is one that Ursula Stephen, celebrity stylist for African-American hair-care company Motions, regularly addresses with her clients, especially as they age. Often, the decision hinges solely on the health of their hair.

“A lot of women want to go back to their natural texture because they start experiencing severe breakage, a  lot of damage, dryness, hair loss, things of that nature,”  says Stephen. “After a while, they want to get rid of chemicals and return to their roots. Because of the natural-hair  movement, they see that they can achieve great hair styles  with movement and body by using a flat iron, as opposed  to using a relaxer or chemical regimen.”
However, as a 2013 Motions survey conducted by Los Angeles based research firm Kelton showed, whether  curly or straight, the desire for “good hair” can eclipse  other needs. Close to half (46 percent) of African- American women surveyed said they’d rather have amazing hair than great sex for the rest of their life. 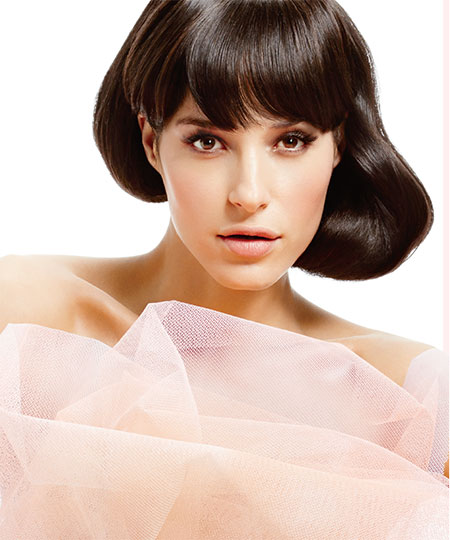 WHICH IS MORE YOUTHFUL: LONG HAIR OR SHORT HAIR?

A 2008 headline in the U.K.’s Daily Mail—a paper that  can always be counted upon for a healthy dose of hyper- bole—asked: “Does a short haircut mean women have  gone off sex?” The article presented its thesis somewhat  sensibly: “Longer hair is associated with youth perhaps  because as young girls we usually wear our hair long, and  it is generally the case that when women become mothers  they cut their hair for the sake of practicality, continuing  to wear it shorter and shorter as they get older.” Sure, long, healthy hair is symbolic of youth, femininity, and fertility. Perhaps it’s even anecdotally true that  women with kids tend to keep their hair shorter than  women who don’t. But one Daily Mail  expert makes a  large leap: “If a woman even subconsciously feels she  is losing interest in sex, she will cut her hair.”

What’s the takeaway? That if a woman cuts her hair short, she’s ready to throw in the towel sexually? Quite the contrary, says Stephen—whose client, Rihanna, changes her hair length constantly. If anything, Stephen says, “Women  seem to be going for shorter  hair styles, since funkier  hairdos make them  feel younger.”  Unless you  live in Los Angeles, says Fred Segal Salon hairstylist Sean  James: “Los Angeles is more youth-obsessed. The popularity of yoga and Pilates influences the styles here.  Women like to throw their hair up into a ponytail or knot  and ask me not to cut their hair too short. Longer hair  tends to mean a younger look.”

REDHEADS: FIERY YET  SCARED OF THE DENTIST?

In 2007, National Geographic  magazine made a shocking  claim: According to genetic scientists, redheads, who  make up a tiny percentage of the population (between 2  and 6 percent in the U.S.; between 1 and 2 percent world- wide) were on track to become extinct in 100 years. The  reasons cited: Redheaded people are more susceptible  to certain cancers and less adaptable to pain. For those  reasons, combined with a dwindling number of redheads  overall, they are ready to go the way of the dinosaurs.

One tiny problem: It wasn’t accurate. In fact, National  Geographic  did minimal digging to identify the claim’s origins. It was an Internet hoax that took on a life of its own,  and was widely re-reported in enough legitimate news  sources that it seemed believable. Like most rumors, there  was some truth buried in there. Researchers at Beth Israel  Deaconess Medical Center and Boston University School  of Medicine discovered that the same genetic mutation  that results in red hair also “promotes a cancer-causing  pathway,” in this case, melanoma. (That redheads tend to  have pale complexions and are sensitive to sunburn risk  is also a factor.) And a 2009 study reported in The Journal  of the American Dental Association  stated that redheads were  more likely to experience fear of dental pain, making  them “more than twice as likely to avoid dental care.”

Fear of the dentist doesn’t seem to square with the  notion of fiery redhead temperaments. Perhaps they save  that passion for the bedroom: A 2006 study conducted  by Dr. Werner Habermehl at the Hamburg Research  Institute reported that redheaded women were more  sexually active than women with other hair colors, “with  more partners and having sex more often than the aver- age.” Also reported: Women in unsatisfying relationships  tended to dye their hair red to say “they are  unhappy.” It  gives a whole new meaning to the term “red alert,” no?

Forego pricey beauty products and squeeze on a lemon

What Your Haircut Says About You

Size Matters: How Much Hair Product Should You Use?